An exhibition displaying the culture and heritage of Saudi Arabia opened at the Islamic Center of Bangkok and has attracted thousands of visitors there. The exhibition is organized by the Kingdom’s Ministry of Islamic Affairs, Call and Guidance and the exhibition will be open till August 31.

The secretary-general for exhibitions and conferences, Omar Al-Firyaan said that the idea of the Saudi Bridges Exhibition unfolded after the diplomatic ties took place between Thailand and Saudi Arabia earlier this year. He further added that the exhibition denoted rebuilding the bridges of love, peace, communication, and fraternity and coincided with the largest Qur’anic competition in Thailand.

The exhibition and competition both are sponsored by the ministry with the cooperation of the Saudi embassy in the Thai capital.

Moreover, Omar said the exhibition represents the great legacy of the history of Saudi Arabia and its role in the civilization. It showcases historical buildings including those that reflect Islamic heritage since the first Islamic state and its capital that is Madinah at the time, in addition to casting off light on Makkah, the Kaaba, and the holy mosques.

The exhibition proves that Kingdom is full of ancient heritage buildings in different regions, carrying the hallmarks of the Arab Islamic civilization and its rich legacy.

Further, he said that all Cities of Saudi were different from others by architectural style, which was built differently as per the climatic and regional specifications, but all of them were interconnected by local values and heritage.

Also, the exhibition displays Farasan model which includes a special aesthetic art that differentiates the Farasan Islands from other regions with their unique architecture and the Diriyah model, taking back to 850 A.H. (1446 A.D.), which includes many monuments and historical palaces built of mud in Najdi architecture style.

Apart from it, there is also the Al-Ahsa model which signifies important culture and history, and the Hijaz model which represents Jeddah as the commercial port. Further, the exhibition is featuring King Abdul Aziz International Competition for Qur’an Memorization which tells its history and international contributions and services to Muslims globally.

There are so many more models, one of them is the Najd model. It shows the desert areas that defined the central region, which had a hot, dry climate. The architecture of this region originated from the desert environment. Another model is the Asir model in which stones and mud are used in the construction of buildings.

Furthermore, visitors of the exhibition are offered Saudi coffee and shown a video that provided details of the production and preparation of coffee beans.

The exhibition also focuses on the efforts taken for relief for those in need by Kingdom. It has a section for the King Fahd Complex for the Printing of the Holy Qur’an, with a Qur’an distributed to visitors in Thai translation.

And at last, there is an IT section that provides details of some of the ministry’s award-winning apps, and on display, there are historical and archaeological manuscripts.

Also, Visitors attending the exhibition can opt for getting their name written in Arabic calligraphy or can take pictures against a Saudi regional backdrop. 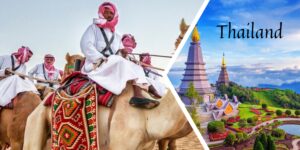 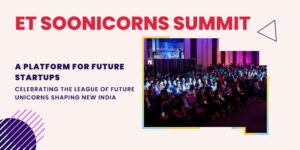 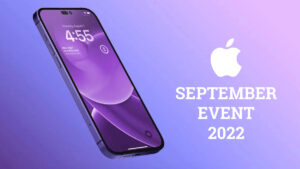